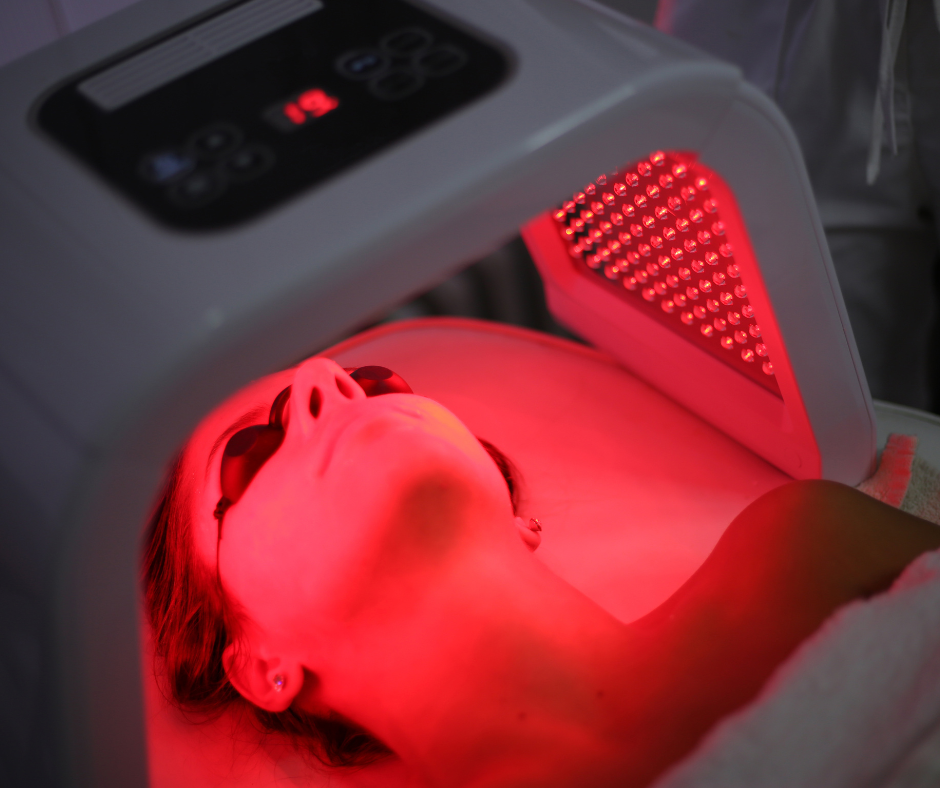 Since NASA first started testing red light therapy’s potential in the early 1990s, research teams and doctors around the world have discovered more and more possibilities for treating people with natural light. Thousands of studies and trials have been performed on the effectiveness of light therapy, and many more are currently underway. 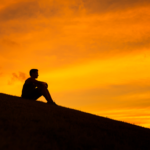 Research shows that light therapy actually helps people to get more and better sleep, and also helps them produce more of their own natural melatonin.

Sleep studies over the last decade have shown that people treated with red and near infrared light have better sleep outcomes – even people with debilitating disorders.

In one 2018 study, researchers determined that people with serious migraines were able to both reduce the pain and intensity of their headaches with light therapy. Red light therapy was found to be the only treatment tested that helped patients with their sleeping problems as well as their headache symptoms.

Light therapy is commonly used for benefits like skin and muscle recovery, but research shows that near-infrared light can penetrate deep into tissues and bone, with well-documented healing and pain effects.

One big reason for this benefit is collagen production. Collagen is one of the most plentiful proteins in the body, forming a key ingredient in skin, muscle and bone alike.

In study after study, researchers have found higher natural collagen levels in patients treated with red light, and especially with near infrared-light which achieves deep tissue penetration. In fact, the results are better than those seen by scientists studying the use of collagen supplements alone to improve bone, muscle, and skin strength and healing. One benefit of light therapy has found a home in science is the treatment of muscle pain and inflammation following workouts. Natural light treats muscle soreness and exercise-related inflammation and pain with strong results after even the most demanding training sessions. In other words, even a single light therapy treatment before a physically demanding event can have a major impact on soreness and pain levels days later.

Over 50 million Americans struggle with forms of arthritis, and millions more have to deal with painful joints from other causes.

Fibromyalgia is a condition in which overactive nerves create extreme sensitivity and constant pain throughout the body for no clear reason. This condition has so far proven difficult for doctors to treat, since it does not stem from a specific injury or infections process. Instead, it seems to lie in how the brain and nerves across the body process daily sensations. In many cases, fibromyalgia cannot be resolved with pharmaceutical options.

According to many suffers, after beginning a regimen of redlight therapy joint pain completely disappears. Another group that largely benefits from red light therapy can found in people suffering from rheumatoid arthritis.

Red light therapy has been found to reduce morning stiffness in trial participants, while improving hand flexibility. It has been used to reduce joint pain in knees and spines, in addition to wrists. 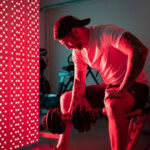 Dr. Troy Van Biezen is one of the leading trainers of the PGA. Dr. Van Biezen says just about everyone on the PGA is now using light therapy to help them manage a life on the road and playing tournaments in different cities every week. Even beyond boosting muscle performance, red light therapy makes sleep and chronic pain easier to control.

The study of red light therapy as a skin treatment began in the hospital setting, with doctors seeking ways to improve outcomes in cases of serious skin injury.

People with wounds, burns, scars and surgical incisions showed faster and better healing outcomes, with less pain and inflammation along the way when treated with red light This has even been true for people with serious second- and third-degree burns. Today, scientists think this effect may be due to the energy-boosting and growth-promoting properties of red light for the skin it touches.

The cosmetically minded might also recognize that collagen is the protein found in young, glowing skin. Declining collagen production with age is a major reason for the appearance of wrinkles and sagging skin. 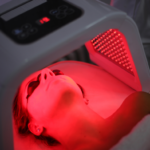 Researchers have found that near-infrared light, including red light wavelengths, can penetrate deeper than even natural light. When administered correctly these can reach bones, joints and even the tissue of the brain.

When near-infrared light is applied directly to the head, wavelengths are able to pass through the skull and reach the brain to stimulate, preserve and regenerate cells & tissues.

Red light therapy has been found to improve executive function – our ability to use higher brain functions such as attention, choice and conscious control of behavior. The results of a 2017 study have very promising results, showing red light therapy may have the exciting potential for treating or preventing memory loss from neuropsychological disorders or normal aging. One of the most promising possibilities is the treatment of Alzheimer’s disease and dementia.

Even patients with traumatic brain injury (TBI) have responded positively to light therapy, showing improvements in mood and sleep. Scans have shown that light therapy helps regenerate damaged brain tissues and can play a big role in neurogenisis – the creation of new brain cells and tissues.

Like inflammation and joint pain, tens of millions of Americans struggle with their thyroid and other hormone levels. These hormone imbalances can be influenced by artificial light, and can have a huge range of health consequences.

A 3-year study conducted by Brazilian researchers of people with chronic hypthyroidism and thyroiditis who take levothyroxine found improvements for those using light therapy to regulate hormone health. Researchers found people with a history of taking levothyroxine were able to significantly reduce their doses after adding red light therapy to their routines. In nearly half of the cases patients were able to entirely stop taking the medication after extended red light therapy. 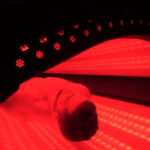 Coverage is key for light therapy because the magnitude of its overall health benefits depends on the percentage of your body’s surface area that gets to enjoy the benefit of red light absorption. Smaller devices are unlikely to be able to mimic the effect of a large, whole-body device.

When using a device that’s large enough to cover your whole body, millions of cells can take in natural light at once and start producing energy for your body. Uniform coverage is key for optimal results, and a small device that covers only a portion of your body will not provide you with the best health benefits. So if you want optimal treatments, look for a bigger device (like the one available in Spa 247).

At Spa 247, we’re excited to offer Rejuvanessence Red Light Therapy so our members can enjoy these natural health benefits. This is one bio-hack you do not want to miss out on! We hope you are excited about the opportunities and plan to take advantage of red light therapy technology the next time you visit.

For more information or to schedule your red light session, call 256-203-2178 OR stop by Spa 247 during office hours. We look forward to adding more light to your life!