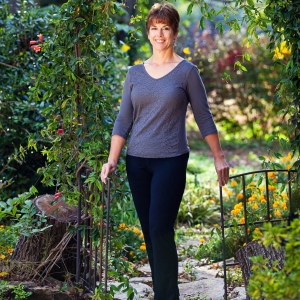 After years of being lethargic, having no motivation, and watching my weight climb to well over 200 pounds, I decided at the age of 48 that I wanted to have more energy. I was tired of being tired all the time! My kids were almost grown, and I had missed doing a lot with them because I had let my weight get out of control.

I started slowly with spinning classes, and added other classes in (BodyPump, Zumba, Pilates, Hard Bodies) a little at a time. Along with this, I got my nutrition in line and stuck with a mostly high protein, lower carbohydrate diet, and the pounds began to disappear.

As I grew stronger, my energy levels increased. I had such a passion for Spin that I certified as a Spinning instructor about 15 months ago, and now pass that love for Spinning along to my class participants. I also love to run, and have run several half marathons this year, along with numerous smaller races.

In whole, I have lost a total of 75 pounds, and maintain that loss with an active lifestyle and healthy nutrition. I have more energy now at 50 than I did at 25! I plan to use that energy to be around for the grandchildren I hope to have in a few years. How Can We Help

If you need any helps, please feel free to contact us.